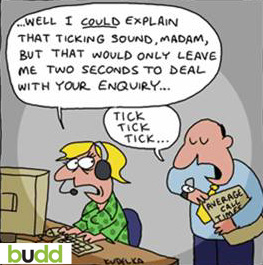 Governments and executive boards love their targets.  The logic is, set a target and everyone works to achieve the target.  If you don’t have a target, there is nothing for people to aim for, they are bound to under achieve; and anyhow, how can we improve, and demonstrate that improvement, without targets.

It seems so obvious, why would anyone question it.  But people do, and rightly so.  To understand why, we need to look at how this process works as individuals; and then what happens all too often, when applied to organisations.

As individuals, we frequently set ourselves targets.  These can often be fairly vague, but are targets none-the-less.  An example might be to improve our fitness.  The key thing is, that as individuals we set the target (say to be able to run 10 miles), against an assessment of our existing capability (I know I can only run 5); and we decide what to change (run each day to work)  – the intervention to achieve the target.  We also use feedback to then modify the intervention, by assessing our progress over time – running isn’t enough, I need to also change something else – go to the gym and/or change what I eat.

Now, when this process is transferred to an organisation, something very strange happens.  Rather than set a target based on an understanding of current capability, an arbitrary target is often set, frequently from outside the immediate organisation or business unit.  The organisation is then expected to achieve the target, through greater effort by its employees.

The reason this happens is because there is a mistaken belief that it is the people themselves who are the limiting constraint on performance within organisations,  rather than the other parts of the system, of which they form a part – the policies, processes, procedures, systems, etc.  If only people would just work harder.

Returning to the individual, if you enter yourself in a 10 mile race, in the knowledge that you can only run 5, the only way you can finish the race is to catch a bus after the 5 miles is up, i.e. to cheat.  And this is precisely what can happen in organisations.  If the A&E arbitrary target for transferring patients to a ward is 4 hours, but the existing capability is only 5, then by some accounts, the bus is a trolley in the corridor.

The other problem with arbitrary targets is that they can be self- limiting.  With no knowledge of existing capability, the target might quite possibly be well within the range of what you could achieve.  Setting a target can lead to an under achievement, in both people and organisations.

As if setting an arbitrary target was not bad enough, sometimes this mistake is compounded by measuring and judging performance at a single point, or over a single period of time.  This ignores the variation that exists in almost everything we do, individually and collectively within an organisation.

Jon gets pulled up by his manager for not achieving his sales target for the month.  Jon on the other-hand, with a keen understanding of regression towards the mean, walks out of his manager’s office in the knowledge that his manager will probably be praising him next month –  for exceeding his target!

And on the subject of means, or averages, these in themselves are fairly meaningless unless viewed within the context of the overall distribution of performance and the underlying trend, viewed against the demand placed on the system at any given point in time.

The sad fact surrounding all the nonsense that goes on around the use of targets, is that the solution is very straightforward – if you can’t live without targets, continue to use them, just use them in a more useful and meaningful way:

Now, what you can see is that the setting of any form of ‘national’ target across diverse organisations such as the NHS, or the branches of a bank, fails to take account of the local demand placed on the system and the local capability to respond to this demand.  Generally, in any distributed organisation, targets need to be defined locally – OK, within a national framework if you must.

The other thing you will see is that performance measurement and the use of targets requires an understanding of statistics.  Within service organisations there is frequently a lack of capability in the use of data and its analysis.  If this is the case in your organisation, address this capability issue first, before attempting to measure and improve the capability of the rest of the system.