You are here: Home / Private Sector / Shared Services in the Public Sector 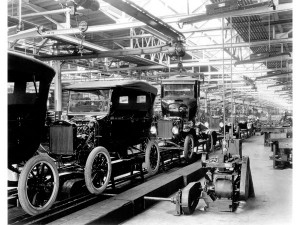 The use of Shared Services in the public sector has been a hot topic in 2012.  Promoted heavily since Gershon’s Public Sector Efficiency Review in 2004, as a means to reducing costs, the NAO published a very critical report in March 2012 on the sharing of services in central government.  There has also been the very public failure of the local government shared service Southwest One.

The picture is a complicated one.  The use of shared services is muddied by the role of third party suppliers, specifically the use of outsourcing; and by different approaches to designing the services themselves.  All this requires a considerable amount of unpicking, to truly understand what’s going on.

All government departments need the usual range of corporate functions, including human resources, finance, procurement and payroll.  Back in 2004, the Gershon Review recommended the UK Government pursue shared services, to deliver cost savings.

Following the report, individual departments where left to establish their own arrangements; and between 2004 and 2011 eight major Shared Service Centres (SSCs) were established across Whitehall.

In March 2012, the National Audit Office (NAO) published a very critical report on these eight SSCs, having taken a detailed look at five, one of which I’m fairly familiar with – the Department for Environment, Food and Rural Affairs (Defra).  The others were the Department for Transport (DfT), the Department for Work and Pensions (DWP), the Ministry of Justice (MoJ) and Research Councils UK.

The NAO report contains a lot of useful information, although I would question many of its conclusions.  This stems from certain assumptions contained within the report, about how you design shared services.

Within their report is a telling diagram – this pictures the architecture of a Shared Service Centre.  This represents the industrialised service view of how shared services should operate – simplified, standardised and automated processes; with a heavy emphasis on the use of standard enterprise-wide (i.e. big) software applications.  This is presented as typical, and indeed it may be, but in reality it is just one view, or pattern, and is certainly not one that is universally held, or applied.

An alternative view is that, although there is a degree of standardisation when implementing shared services, this is around those aspects of the demand that are common to the participating organisations – the norm, which forms the basis for sharing the service in the first place.  This does not add up to providing a “standard offering”.

So, if we view the report through this alternative lens of what shared services should look like, what can we conclude:

Overall, Not a pretty picture.  So, is local government doing any better.

Following on from the NAO report, the Local Government Association (LGA) published their own report into shared services in August 2012.  This looked at five local shared services – operating across local government, Fire and Rescue and the NHS.  The most interesting of these is Hoople Ltd – a cross sector, joint venture between Herefordshire council and local NHS trusts.

Unlike the NAO report, which almost exclusively focused on costs, the LGA report adopts a slightly more balanced approach, focusing on both financial and non-financial outcomes.

Overall, the picture is a lot more encouraging, indicating the adoption of a more mature approach to the development of shared services, than evident within central government; not least, a strong emphasis on collaboration and appropriate governance structures.  Further evidence for this can be found in a recent article in Government Computing.

The report includes some good insights, although against the LGAs own data about the take up of shared services, it’s not clear how representative these examples are.  Interestingly, all the examples were true shared services, rather than a shared service delivered through an outsourcing arrangement.

Making a Success of Shared Services

So, what can we conclude from all this.

The greater success of shared services within local government may, in part, be due to the better operational alignment of the organisations doing the sharing, i.e. the sharers do similar things in similar ways.

In central government, this is less likely to be the case.  Within Defra for example, its various arm length bodies do very different things, ranging from administrating grant schemes under the Common Agricultural Policy, to research, disease control and maintaining the natural environment.  And certainly very different things from the departmental centre.

But the real problem comes back to the mass production, industrialised view of how shared services should operate.  The good news is that I sense a growing acceptance that there needs to be greater flexibility in service delivery, to meet the natural variation in demand that exists across different organisations – the same, with difference.  Also, in the importance of collaborative working and collective ownership.

One thing that does appear to be resolutely stuck is viewing everything from the perspective of costs, rather than service quality.  This is a sure-fire way of increasing costs, rather than minimising them.  Counter-intuitive may be, but true none-the-less.

Another misconception is that sharing services helps to free up organisations, allowing them  to focus on front line services.  As a number of very large private sector businesses have recently found to their cost, corporate services can often be critical to the delivery of the core business, particularly in the case of IT.  The same applies to the public sector.  The critical nature of corporate services to the delivery of the core business requires much greater consideration, before deciding to share, or for that matter, outsource the service.

In July 2011, the Cabinet Office issued a new vision for central government shared services. This describes a future of just two cross-government SSCs and a small number of stand-alone centres.  Let’s hope that the implementation of this strategy picks up on this new thinking, rather than perpetuating the errors of the last 8 years, on an even grander scale.